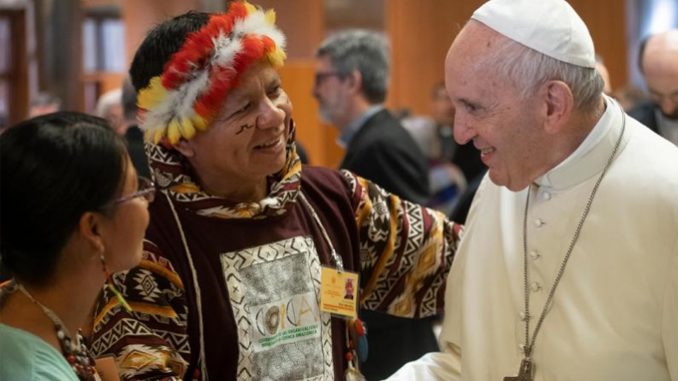 The Apostasy Is Official

Catholicism has been in South America for 500 years.  Having apparently failed to convert and serve the “indigenous peoples” of the Amazon, who reside in nine of the continent’s thirteen countries, the Catholic Church has now proclaimed in the Final Report of the Amazon Synod that it will undertake its own “conversion” to the cultures, religions, lands, and traditions of those peoples.

You can read the whole story at Catholic World Report.