A Bishop Takes a Chance

A bishop of Alaska told of an Eskimo boy, John. He was called Sunshine before he had a Christian name, as his parents were pagan. Once when he was two years old Sunshine had convulsions; he couldn’t breathe and seemed to be dying. Holding the babe in her arms, the mother looked at the father. She told him she would take the child outside and leave him to die, because no one must be allowed to die inside an Eskimo igloo. 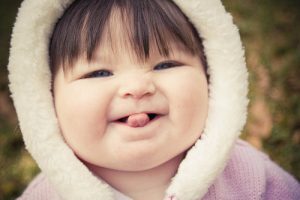 The bishop was present and decided to baptize the boy secretly. The mother stepped past the bishop to carry the child outside. He stopped her and asked for some water. He dipped his handkerchief into a sealskin bucket and, whispering the words of Baptism, squeezed the water over the child’s forehead. Almost before he had finished, the child sighed deeply, opened his eyes, and asked for a drink. The parents were overjoyed and later became Catholics themselves.

This story vividly demonstrates a point about baptism. Just as God miraculously gave Sunshine physical life during the administration of the sacrament, Baptism does indeed actually give life to the soul. “Holy Baptism is the basis of the whole Christian life, the gateway to life in the Spirit, and the door which gives access to the other sacraments. Through Baptism we are freed from sin and reborn as sons of God; we become members of Christ, are incorporated into the Church and made sharers in her mission: ‘Baptism is the sacrament of regeneration through water in the word.’” (Catechism of the Catholic Church, 1213)

Jesus made Baptism absolutely obligatory (Mk. 16:15-16), because it is necessary for salvation (Jn. 3:5). The ordinary minister of Baptism is a priest or deacon, but anybody can baptize in case of emergency. For emergency baptism to be validly given, the following conditions must be met: (1) the person baptizing must have the Church’s intention; that is, that Baptism take away sin; (2) the person baptizing must pour water on the head three times in such a manner that it flows over the skin; and (3) at the same time that the water is being poured, the person baptizing must say: “I baptize you in the name of the Father, and of the Son, and of the Holy Spirit”. If the person receiving emergency Baptism survives, a “re-baptism” is neither necessary nor is it possible, since Baptism can be received only once. However, the rites surrounding Baptism should be performed by a priest or deacon.

Many people today seem to think infant Baptism isn’t necessary, especially non-Catholics. They think this because they claim there is nothing in the Bible showing infants being baptized. However, the early Christian Fathers are unanimous in insisting upon infant Baptism, basing it on the universal command of Christ to baptize all, and on its divine power to cleanse the soul of original sin. Irenaeus (AD 130-205) writes: “He came to save all who through Him are born again unto God; infants, and children, boys and youths, and elders”. Origen (AD 185-254) declared infant Baptism an apostolic institution. (Adversus Haereses)St. Cyprian and the bishops of the Third Council of Carthage in AD 253 taught that children should be baptized as soon as possible after birth. (Commentarii in Romnanos) Yes, infants should be baptized, as the Church has taught for 2000 years.

But what happens if one dies without Baptism? In the case of an infant, there are two major schools of speculative theology on this topic. The first comes from those who hold that an infant who dies without Baptism goes to Limbo. This school, espoused by St. Thomas Aquinas, teaches that Limbo is a place of perfect natural happiness, but minus the vision of God. This is reasonable, since an unbaptized infant still possesses the stain of original sin.

The second school of thought is much more modern, but equally valid. It holds that the Holy Spirit enlightens the soul—which is capable of instantaneous enlightenment under divine direction (Acts 1:1-16; 2:1-47)—at the moment of death to the totality of Catholic truth. Then the free-will of the soul, which is not influenced by the commission of actual sin, makes the decision to accept that truth, and passes into eternity with perfect contrition; therefore, being saved and made worthy of heaven, but without the seal of Baptism. In either case, the child is left to the infinite mercy of God.

Any adult who dies unbaptized because he doesn’t know about Baptism nor its importance can be saved if he lived his life trying to do good and avoiding evil. This is called baptism of desire. Indeed, the Church embraces as her own those who are studying the Faith with the intention of being received into the Church, so that they receive baptism of desire should they die prior to reception into the Church. People who have never heard of Jesus or His Church are saved in this manner…that is, by trying to do good and avoid evil.

There is also baptism of blood, which is a non-Catholic who dies for the Church. In the third century, a group of about ten Christians had been rounded up by the Romans. In keeping with Roman law, the centurion gave each of them the opportunity to renounce Jesus and His Church and to make a sacrifice to Caesar, lest they be speared to death by the Roman soldiers. Each one refused to renounce the Faith… until the very last man. The last man caved in and decided being alive was better than dying for Christ and going to heaven.  As that man was released, one of the Roman soldiers walked up to the vacant spot and stood in his place. To the centurion he said, “I do not know this Jesus of Nazareth, but any God who inspires such courage in His followers is a God I want to follow.” That said, the centurion ordered his men to throw their spears, and the soldier died with the Christians. That brave man received baptism of blood and instantly became a saint.

Baptism is the sacrament that opens the door to our ability and right to receive the other sacraments. The next sacrament to be discussed will be Confirmation, but to my surprise many Catholics are just as clueless as non-Catholics as to why we receive that sacrament.

Got a question?  Go to JoeSixpackAnswers.com.