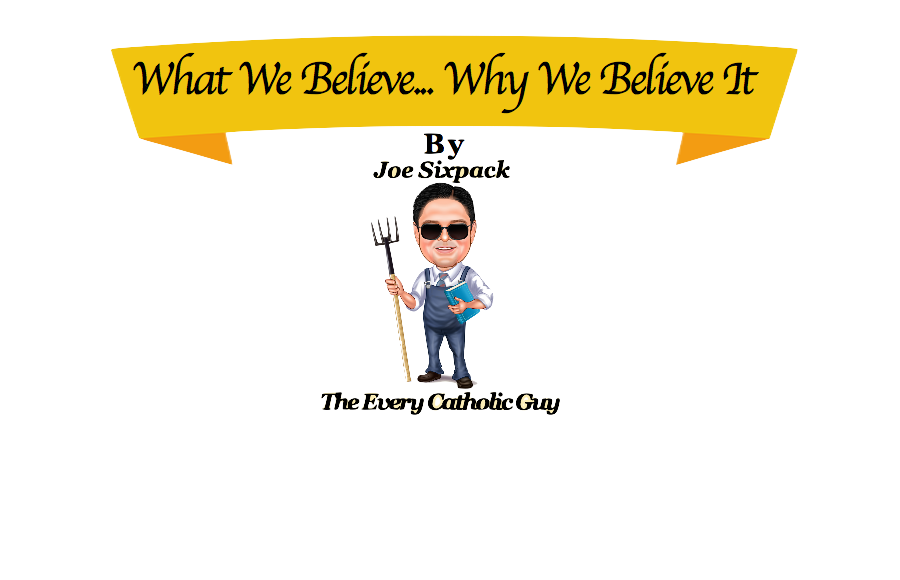 Have you ever read the Constitution of the United States with the Bill of Rights? Really read them? The US Constitution, inclusive of the Bill of Rights, could have been written by one of our historically great pontiffs—St. John Paul II, St. Pius X, or even St. Gregory the Great. This document is the only governing document in the history of the world entirely based on natural law and fully in accord with our God-given human dignity. (It’s just a pity that ended with the nefarious decision of Roe v Wade.)

Why am I talking about this? Well, the Bill of Rights acknowledges (and promises that the federal government will protect) our inalienable rights. Inalienable rights are natural rights—God-given rights—that no government or person can either grant or take away from any of us. Only God can give them. It follows, then, that only He can take them away, but in reality He can’t because that would be an evil; God can’t commit evil. Our inalienable rights as human beings give us liberty. True liberty. God-given liberty.

The great Archbishop Fulton Sheen once said, “License is doing as you want; liberty is doing as you ought.” That applies to everything, including our unalienable right of freedom of speech. That means there are things you can say that pervert our God-given liberty.

The reason this is on my mind is because of things I’ve read on social media recently. Social media is supposed to be a place where people can have freedom of expression. However, we all know that social media sites such as Facebook and Twitter now practice tyranny against expression—they want to force you to adhere to a certain set of ideologies. Consequently, several new social media platforms have been launched that pledge to protect our freedom of expression. Unfortunately, they seem to have a typically American view of that, and anything goes because of it.

I’ve not only seen incredibly vulgar language and blasphemies on the new social media, but I’ve also seen a lot of anti-Catholic and racial bigotry as well. There seems to be wide usage of the N-word and a lot of evil attacks on Christ’s Church. Vulgar language (like the F-bomb) isn’t sinful in and of itself, but it is definitely sinful when used in mixed company or in front of children. Therefore, using those words on social media are license rather than liberty because all social media are involving mixed company and children.

Racial bigotry is always evil and has no place in our society. That’s not just my opinion; that’s the gospel message. You know, love your neighbor as yourself? Racism certainly isn’t at the core of everything in American society, as some would like to have us believe. Americans (especially Catholics) are an incredibly tolerant and basically good people. Still, racism is real and does exist, and no Catholic can adhere to any racist ideology for any reason.

Evangelization isn’t rocket science. It’s merely sharing the faith, often in creative and unique ways. You don’t have to become some sort of theologian or even a consecrated Marian Catechist. You just have to be willing to share the faith. Based on personal experience, I can assure you that if you’ll let God know that you’re willing, He’ll certainly show you or place you in situations where you can obediently evangelize. Let me make a few suggestions to get your creative juices flowing.

You and your fellow parishioners can start a St. Paul Street Evangelization (SPSE) team. I was so impressed with the results of SPSE that I interviewed Bob Wilson and Brian Lee from that apostolate on my podcast, The Cantankerous Catholic. You might want to give it a listen! You can reach SPSE at StreetEvangelization.com.

If you want to be a bit anonymous and set your sites on reaching more people, maybe you should consider starting a blog site. Done correctly, over a relatively short period of time you can begin reaching tens of thousands of souls—maybe even hundreds of thousands.

If you’re the sort of person who likes to talk (like yours truly), your own podcast might be the answer. At this writing, I reach over 37,000 souls every week through The Cantankerous Catholic, and I’ve never spent a dime to market the show. It’s all the Holy Spirit.

There are endless possibilities and avenues for evangelization. Just remember two things. The first is that you’re morally obligated to evangelize, so you need to adopt a new way of thinking if you haven’t been evangelizing up to now. The other thing to remember is this: Don’t ask God to bless what you’re doing; ask Him to let you do what He’s blessing. Believe me, He’ll point you in the direction you need to go.

Do you have a question? Need help with this? Visit me at JoeSixpackAnswers.com. You also might want to listen to my podcast at CantankerousCatholic.com. It’s free.