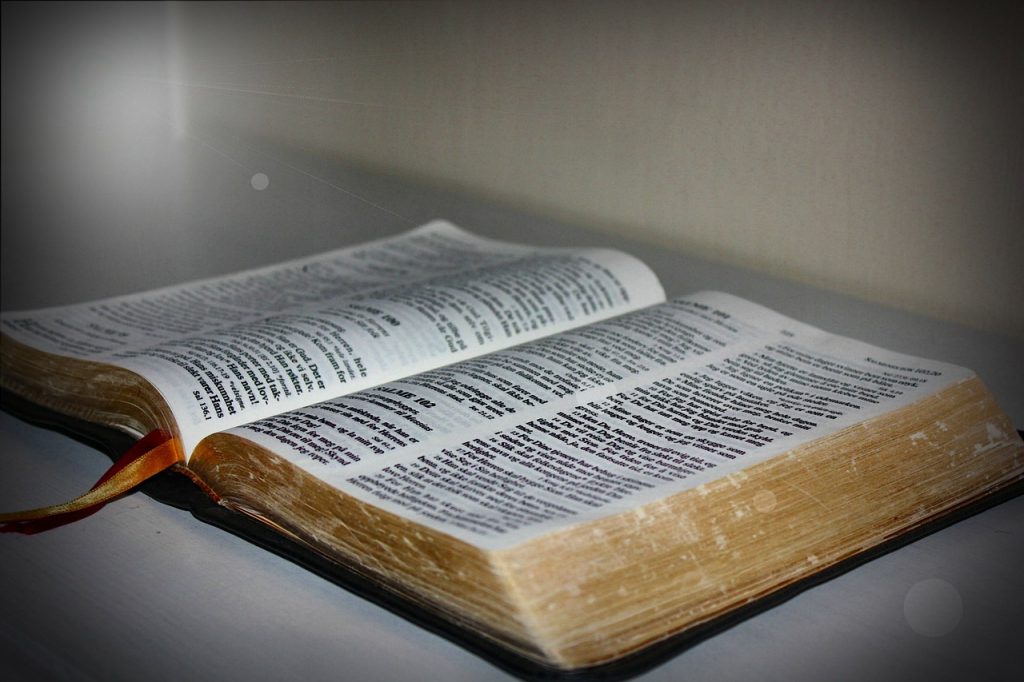 I spent ⅔ of my evangelistic work in Alabama. Alabama is a conservative state, but Catholics aren’t necessarily welcome. The reason? Because the vast majority of Christians are Protestant fundamentalists. You know, the Baptists and Pentecostals and Church of Christ and non-denominational (which is itself a denomination by definition), and other assorted Protestant flavors.

Fundamentalists like to evangelize. In fact, they seem to live for it, putting Catholics to shame. And because Catholics don’t know the Catholic faith, they’re easy prey for these fundamentalists.

Usually, when a fundamentalist greets a stranger he wants to evangelize, the very first thing out of his mouth is, “Do you know Jesus?” Me? I just roll my eyes when I hear that because I know everything that’s coming next, but the average Catholic has no idea how to respond to that. Still, the question, “Do you know Jesus?” needs to be adequately answered by Catholics, and that’s what we’re going to talk about this week. You might be surprised by what I have to say.

Truth is immutable, and a thing is either true or it’s not true. There are no in-betweens with truth. When someone says, “What’s true for you isn’t necessarily true for me,” the first thing I usually respond with is, “Really? Then I guess gravity doesn’t work for you, or maybe in your world 2+2 doesn’t equal four.” They just look at me like I’m an alien from the planet Ork. They’re so stupid that they don’t get it. I’m in complete agreement with Bill Engvall that stupid people should wear a sign that says, “I’m stupid,” so the rest of us will know who we shouldn’t waste our time on.

Another stupid statement is, “Do you know Jesus?” Well, as a matter of fact, I do. But that’s not they want to hear, especially as soon as they find out that we’re Catholics. When you hear that question coming from a fundamentalist, if you look around you you’ll realize that the fundie has you cornered. You’re going to engage in a conversation with him, whether you want to or not. And because Catholics are so ignorant of our faith, they don’t know how to answer the accusations against the Catholic Church that the fundie’s going to make.

At some point in the conversation—usually very early on—the fundie is going to tell you that you must have a personal relationship with Jesus Christ. I’m amazed that I’ve never heard a Catholic, except Terry Barber, know how to respond to that.

I’m here to tell you that you already do have a personal relationship with Jesus Christ. Before I tell you how that’s true, I want to make a few comments about Protestant fundamentalists.

First, they’re very good at evangelization. So good, in fact, that there are a tremendous number of fundie churches that consist solely of former Catholics. You probably know some lapsed Catholics who’re fundies now. By the way, since the Catholic Church teaches that a Catholic who leaves the Church for another religion has no chance of salvation, you have a moral obligation to tell him so. It probably won’t do any good, but you still have the obligation.

Another thing about Protestant fundamentalism is that it’s a very narcissistic brand of Protestantism. Although the things they say will lead you to believe that they’re focused on Jesus alone, they’re not. They’re focused on how good they feel in the practice of their particular brand of Christianity. That’s pure emotion. Emotion has no place in religion. Emotion in religion is narcissistic in itself. Besides, anything based on emotion is built on sand rather than a rock foundation. Emotion will always—100 % of the time—emotion will always let you down. No, faith must be built on logic and right reason, and it must have set rules given directly by God.

There are literally millions of Catholics who don’t have a personal relationship with Jesus Christ, though. You might be surprised to learn that you’re one who doesn’t, but I pray that you do.

Let’s list some of the things that keep a Catholic from having a personal relationship with Jesus Christ.

Sadly, if you fit into any of the seven things I just mentioned, you don’t only have a personal relationship with Jesus Christ, and chances are you’re going to hell.

“But, Joe, learning everything the Church teaches, not acting with everyone else at Mass, and accepting Church teachings I believe are ridiculous is hard. Besides, a priest told us that we can use contraception, and I refuse to confess my sins to a child-abusing priest.”

Okay. I hope you like hot, dry climates then. In Matthew 7:13, Jesus said, “Enter by the narrow gate. For the gate is wide and the way is easy that leads to destruction, and those who enter it are many. For the gate is narrow and the way is hard that leads to life, and those who find it are few.” In other words, the vast majority of people, including Catholics, are going to hell.

Contrary to what Protestant fundamentalists think, if you meet the simple conditions set by Christ and the Church who has given the authority to speak for Him, you already have a personal relationship with Jesus. In fact, when fundies tell you that you don’t have a personal relationship with Jesus, you tell them that you can’t get any more personal with Him than to take His whole body, blood, soul, and divinity into your body and soul. Indeed, this is something that fundies can’t do in their churches.

I mentioned that the conditions Jesus gave us are simple, but simple doesn’t equal easy. These conditions aren’t easy. They’re hard. They require personal self-discipline and your cooperation with the actual grace He bombards you with every waking moment. So let’s talk about some of the hard things you have to do.

Let’s begin with confession. Jesus established only one way to ask for forgiveness of our sins, and that’s to orally confess our sins to a priest. That’s it! That’s the only means of forgiveness Jesus provided. It doesn’t matter whether you think your priest is a bad guy. He’s still a priest. Only a priest can forgive your sins. If you’re not going to confession at least once a month, you’re playing with fire. Literally.

Going to confession implies having a rightly formed conscience. The only way to form a right conscience is to learn the entirety of the faith, with an emphasis on Catholic morality. It’s important to understand that a right conscience is fully in conformity with God’s laws. This means that you not only must accept everything in God’s laws, but that you must also live by those laws. That means no more contraception nor sacrilegious Communions because you receive in the state of mortal sin. This is one of the hard things that require discipline and cooperation with actual grace.

In learning about the faith, while there should be an emphasis on Catholic morality, you must learn and accept all of the constant teachings of the faith. If you don’t you’re not a Catholic. Some people say that they accept everything except purgatory or the Real Presence or the Immaculate Conception. Folks, if you reject any one thing in the Church’s teachings, you reject all of it. Catholicism isn’t opinion based. There’s no such thing as cafeteria Catholicism. You must accept everything that the Catholic Church officially teaches.

I realize that with a pope like Francis and some of the crazy bishops and priests running around today, it’s not that easy to avoid confusion and to know what’s true or false. So go to my show notes in this or any episode. Under the “Resources” section there’s a link that says, “I Want To Learn More About The Catholic Church!” Click on that link and fill out the form to begin getting a free email course and invitations to my free weekly webinars. I promise you that none of what you’ll learn is opinion, but rather the constant 2000 year teachings of the Catholic Church. If anything I say is my opinion, I’ll tell you it’s my opinion. Otherwise, everything is strictly Catholic truth.

Jesus requires us to become saints. Most people won’t fully realize that divine goal, but that doesn’t mean you don’t try. Begin working on that now. A good way to take a first step is to make a morning offering at the beginning of each day. This sanctifies your entire day. There are lots of different morning offerings available, and you likely have one in your prayerbook. I use the Fatima morning offering, but you can use any of the many others available. If you can’t find one, reach out to me.

Jesus also tells us that we must share the faith—evangelize. Like everything else, it’s simple but not easy. Sharing the Catholic faith means learning the faith and Catholic apologetics. It’s not enough to know what the faith teaches, but in order to evangelize you also have to be able to explain why the Church teaches what she does.

Now, I’ll admit (rather reluctantly, I might add) that there’s a shortcut on this one. Some people are so terrified and lack confidence so much that they can’t bring themselves to evangelize. Direct evangelization is always best, but for those who are afraid there’s another way. Financially support an apostolate that’s involved with direct evangelization. Support apostolates like Church Militant, St. Paul Street Evangelization, or even this apostolate. Then for every good work the apostolate does, you’ll share in the graces—sort of getting credit from God for their work. It’s not enough to just make a one time donation. If you intend to fulfill the requirement that we all must evangelize, a one time gift to apostolates like I’ve mentioned won’t cut it. In order to share in the achievements of these apostolates, you must make your financial gifts on a weekly or monthly basis. So decide what apostolate you want to support financially and fit it into your budget, just like the gas or power bill.

What I’ve talked about in this episode is just a start. There’s lot more to be said, but I’ve given you plenty to think about this week. Just remember one thing: you can be comfortable and risk eternity in hell, or you can be committed and strive for heaven. Comfort and Conviction don’t live on the same block!